KKK Fliers Found on MLK Day -- Or Is it Robert E. Lee Day? 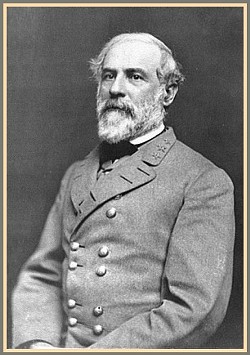 Residents in several neighborhoods in Sedalia, Missouri, found fliers promoting the Ku Klux Klan on Monday morning, which happened to be the observed holiday to honor the life and legacy of Dr. Martin Luther King, Jr, who was born January 15, 1929.

But three states -- Mississippi, Alabama and Arkansas -- also celebrate the life and legacy of General Robert E. Lee on the third Monday in January, because that's close to his birthday, January 19, 1807. (Digression: Lee was born in Virginia, and yet that state doesn't officially celebrate the holiday. Discuss.) Unofficially, the KKK upholds the tradition of honoring Robert E. Lee regardless of where their members are located, hence the flier drop on Monday. If you're so inclined, you can dig up some example fliers online, but it's not recommended. (N.B., there are no guarantees on what happens to your computer or your self esteem if you download that flier yourself.) KKK members probably enjoy the subversive nature of honoring a Confederate hero on a day dedicated to a black man, but I don't pretend to understand the pleasures white supremacists derive from their actions.

Questions of race aside, the idea of commemorating the supreme military commander of the Confederate army and the supreme leader of the nonviolent Civil Rights movement on the same day seems incongruous, especially on an official level. It's important to remember that the Civil War was only four years of Lee's life. After the war, Lee applied for an official government amnesty, which was denied him by President Andrew Jackson JOHNSON (thanks, commenter Billy), a man who knew how to hold a grudge. Lee spent his later years urging peaceful reconciliation between the North and South, trying to heal the rifts that lingered after the war -- MLK and Lee had some peace-making tendencies in common after all.