And Down Goes the Avalon

January 18, 2012 at 9:56 AM
comment
It's been a long time coming, but the Avalon Theater is finally being demolished.The Post-Dispatch's Marlon A. Walker reported last night that heavy machinery is on site, and that part of the structure has already been brought down. 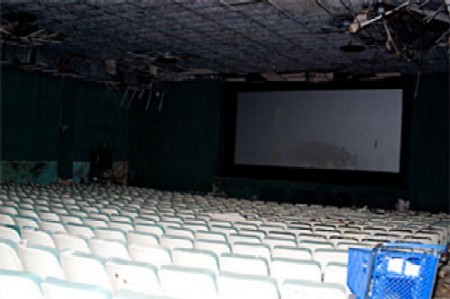 The once beautiful movie palace has been closed since 1999 and began rotting soon after, as owner Greg Tsevis let the property decay while waiting for someone to pay him a milllion dollars for it, despite the interior being full of filthy mattresses and heavy mildew. Riverfront Times reporter Keegan Hamilton untangled the story of Tsevis' ownership back in 2007, with a follow-up in 2009 when the city filed suit against Tsevis for the state of his property, which paved the way for the building's eventual destruction.