Attention, high school students: You have to read the book now.

Tonight at midnight, Wikipedia shuts down for 24 hours to protest both House Bill 3261, more commonly known as the Stop Online Piracy Act (SOPA), and its related bill in the Senate, the PROTECT IP ACT (PIPA).

SOPA and PIPA have raised the hackles of Tweeters and Tumblrs and Lolcat artisans since they were first promulgated. SOPA's purpose is to stop the online dissemination of copyrighted material, but its methods strike the online community as too far-reaching. It allows a copyright holder (or the U.S. Department of Justice) to pursue legal recourse against a website that's using copyrighted material without permission, up to and including barring the offending website from appearing in search engines or doing business with online advertising networks and payment services, and prison time for users who rack up ten offenses in six months.

In short, if you use an image you don't own to make your next I Can Has Cheezburger?, you can has big trouble.

Reddit, BoingBoing and the Cheezburger Empire will also voluntarily shut down in solidarity for twelve to twenty-four hours tomorrow, depending on the site. While the issues at the heart of SOPA and PIPA are vital -- free speech and the rapid dissemination of information on the Internet vs. censorship and a return to the days when the only thing online were ASCII renderings of boobs -- you have to wonder how much impact it will have outside of the Internet.

This is Representative Lamar Smith (R-TX), the man who introduced SOPA. Does he look like he makes a lot of GraphJams? 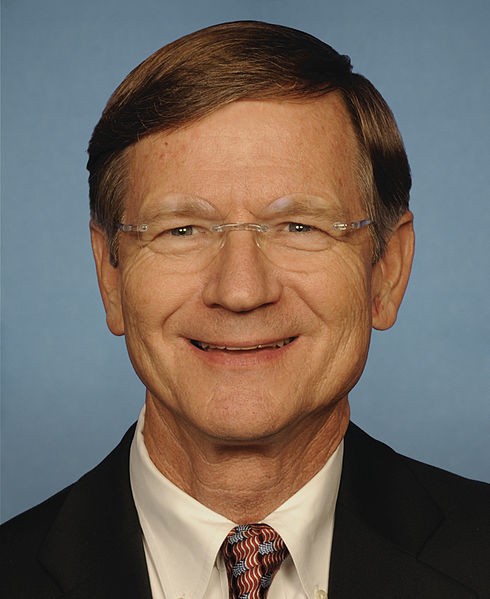 Jimmy Wales, Wikipedia's founder (a.k.a., the guy who stares at you from the top of the page during Wikipedia's pledge drives), maintains that denying Congress season recaps of the Simpsons is not the point of the shutdown.

The blackout is designed to draw greater attention to the issues, and also to spur regular users of these sites to call their representatives and voice their opposition to the bills.
So if you head to Wiki tomorrow to find out what the basic themes in Goethe's Faust are, or to see a graphic representation of the Melvins' various bassists, or just to figure out who won SummerSlam, you're shit outta luck. Until Thursday.