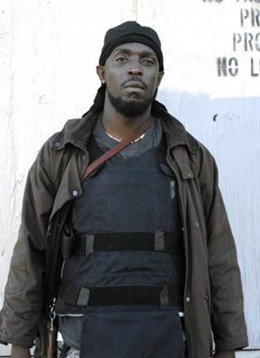 Ex-felons, however, are not. (The 2002 federal law in question was challenged but upheld a year ago by  the Supreme Court).

Which is all unfortunate for Dontae Reid, a 27-year-old from Belleville, Illinois. He was sentenced on Friday to nine years in federal prison after pleading guilty to possession of body armor and a weapon by a felon.

One interesting aspect of Reid's case was that, during a police chase, he ripped off his vest and kept running. According to the U.S. Attorney's office for Illinois' southern district:


On March 18, 2010, the Working Against Violent Elements Task Force (WAVE team) were on patrol in East St. Louis, Illinois. The WAVE team had received information about illegal activities occurring near the intersection of 57th Street and Belmont, and at an abandoned house located at 668 North 57th Street, East St. Louis, Illinois. The illegal activities reported included drug sales and weapons being discharged. As officers approached the corner of 57th and Belmont, the officers noticed a white car parked in front of the abandoned house located at 668 North 57th Street.

The officers noticed four people standing around the car, and one partially inside the car. As one of the officers exited his vehicle, all of the individuals ran. As one of the individuals (later identified as Reid) was being pursued, he removed an article of clothing and dropped it to the ground. Officers eventually apprehended Reid and identified one of the articles Reid had dropped to the ground as a bullet proof vest.


In other words, Reid wasn't wearing a vest because he was scared of getting shot up by the po-po (if he were, why would take it off while running from them?).

The good news there: He exhibited some trust in the professionalism of the cops.

However, the whole reason he was running from them was that he was engaging in unsavory activities, in an environment that necessitated the wearing of a bullet-proof vest. That could be construed as "bad news."