Woman Calls Police On Crack Dealer Who Sold Her Sugar 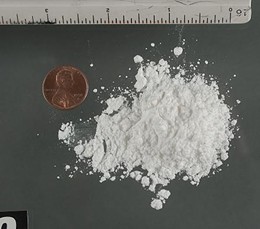 Are stupid people drawn to crack? Or does crack make people stupid?

Take it away, Springfield News-Leader!

Police were called to the 1700 block of North Sherman Avenue about 5:30 a.m. Tuesday, after the woman said she had paid $40 for crack cocaine but got sugar instead, according to an incident report.

She asked officers to get her money back and arrest the drug dealer for stealing.

Cpl. Matt Brown, Springfield police spokesman, said officers found [a crack pipe] on the woman, and he expected her to be cited.


This nice fairytale got a little national ink the other day over on The Smoking Gun.

We guess it's a positive development that a spurned party in a drug deal will go the cops. Could've gone like this.