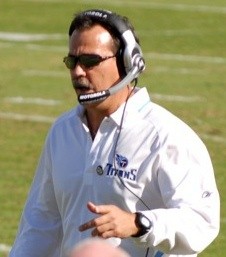 Sports Illustrated's Peter King tweeted this afternoon that Jeff Fisher has agreed to step in as the new head coach of the St. Louis Rams.

Fisher, the former coach of the Tennessee Titans, had also interviewed with the Miami Dolphins. If it's true that Fisher has indeed taken the job, it could be a good sign of the Rams staying put in St. Louis.

Fisher was the head coach of the Houston Oilers when the team moved to Tennessee and changed its name to the Titans. He has reportedly stated that he doesn't want to go through another franchise relocation again.

Fisher would actually be returning to the Rams for a second time if he takes the head coach job. In 1991 he served as the defensive coordinator for the Los Angeles Rams.