The Cincinnati Reds Get Better (Again) 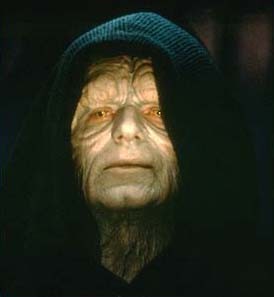 Cincinnati is really serious about winning the NL Central in 2012. I'm not sure if they'll do it or not, but you have to give them credit: they're going after it hard.
The Reds continued their busy offseason of win-now moves yesterday, signing Ryan Madson, late of the Philadelphia Phillies and the best right-handed reliever still on the free agent market, to a one-year contract. The deal is worth a reported $8.5 million, which is a far cry from the multi-year, $11-million-plus figure contract Madson was seeking (4/$44 had been bandied about), but is still far from chump change. Then again, the Reds paid Francisco Cordero $12 million last year to suck out loud, so I'm sure they're not all that upset about the price tag.
Walt Jocketty sees the Cards as vulnerable and the Brewers as perhaps fatally reduced. Paying for a luxury like a high-priced closer to hold onto all the wins they can just might be the tipping point in the division.
What this gives the Reds is the most dominant closer/setup relief combination in the division, and one of the best in all of baseball. Ryan Madson and Sean Marshall are both elite level relievers, and to face them back-to-back is going to make games very short indeed for the Reds' opponents.
There are two real keys to take note of here. One, the NL Central is going to be a dogfight in 2012. The Reds won 79 games last season, while their run differential said they should have been an 83 win team. Adding Mat Latos, Sean Marshall, and Madson probably brings them up to about 88-89 wins. Considering how many of their losses last season were of the bullpen variety, the actual win total could easily see an even bigger bump. This is a team which should win close to 90 games. The Cardinals are, by both the eye test and most of the projection systems, just a shade better than that, somewhere in the range of a 91- or 92 win team. So yeah, they still project a bit better, but when you're talking about teams separated by two hypothetical wins, you might as well call it a dead heat.
The second point we should all take note of here is just how nice it is the Cardinals don't have to go out and spend $8.5 million on a closer. The Reds now have one of the more dynamic one-two punches in the game at the back of their bullpen, but they're also paying close to $12 million for it. Now look at the Cardinal 'pen.
Jason Motte will get a decent raise in arbitration (actually, he'll get a decent raise from the team rather than going to arbitration, I would imagine), and will likely pull down a million or two. It's tough at this point to honestly say who will serve as the primary setup man, but for the sake of using two lefties let's just throw out Marc Rzepczynski's name. He made the league minimum last season, and is probably in line for a modest raise as well. Say he makes $600,000. That $2.6 million the Cardinals have invested in their left-right late inning combo is a little over 22% of what the Reds are paying for theirs. I'm not saying Motte and Scrabble will be as good as Madson and Marshall; I'm saying you can buy some pretty nice stuff with that other 78%.
Paying big money for even great relievers is no way to run a franchise long-term, unless you have a truly stratospheric payroll to absorb those hits. With the Reds' window essentially sitting at two years right now, though, these kind of moves make all the sense in the world.