Chaotic North Side Drug Bust: A Portrait of Desperation (and Maybe Worse) 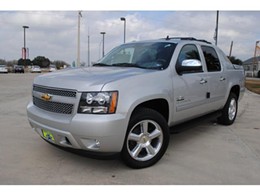 All three TV news channels (KTVI, KMOV and KSDK) and the Post-Dispatch have covered the mess that whipped through the city yesterday afternoon:

As officers climbed out and approached, someone in the truck tossed out a cooler of drugs. Then the truck burst forward and backward trying to escape, smashing into both cop cars. Cops say they saw one of the suspects reach down, so they opened fire.

None of this is good, but here's what Daily RFT considers the worst part:

As the truck backed into a driveway to bust out and make a final getaway, some poor dude on a bike just happened to be riding past. So the truck ran him over. TWICE.


"A gentleman on a bicycle who was driven over twice, and at one point was trapped under the vehicle and here's a good size pick-up truck and the tires literally sitting on his chest, spinning as the suspect's trying to get away."

While it's possible the driver never saw the guy -- he was getting shot at -- it's also possible that he just didn't give a damn. Which would be pretty depraved.

As the truck fled with a bum right front wheel, it hit a couple cars (and sent two people to hospitals) at Kingshighway and kept going, before finally stopping at Aldine and Newstead. All were treated and taken into custody.