Floyd Irons Out of Prison and Coaching Basketball 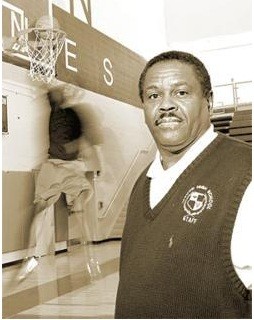 We were a little surprised, then, when we heard this weekend that Irons has returned to coaching basketball right here in St. Louis.

He's the new head coach of the St. Louis Phoenix, a minor-league basketball team that debuted yesterday in the Premier Basketball League. The Phoenix, which plays out of Soldan High School, lost by a score of 125-95 to the Central Illinois Drive out of Bloomington.

Last year the Phoenix played under the name the St. Louis Pioneers in the American Basketball Association. Though this is Irons first year as the coach.

Daily RFT has a call out to the team's owner, James Graham, for more information about his team and his decision to hire Irons.

The Phoenix boast that all but two of its players attended school in Missouri or Illinois, including former SLU Billiken Dwayne Polk and University of Texas player Curtis Muse, both of whom played under Irons in high school at Vashon.