Local Tax Preparer Busted for Not Paying His Taxes 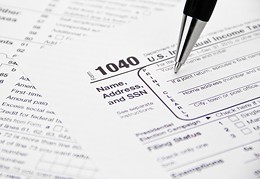 Although Richard Gray Sr. spends some of the year working at a Chrysler plant in Indiana, he's been running a nice little side business out of his home in North St. Louis: Filing tax returns for friends, family and co-workers using TurboTax. He's even expressed a desire to do tax-prep full-time.

Trouble is, a lot of what he's doing is deceptive and illegal, according to a civil injunction suit filed yesterday in federal court by the U.S. Department of Justice. (It's not exactly a criminal charge, but rather a request that the Court shut down Gray's operation).

Now that an IRS investigation has concluded, the government alleges that: