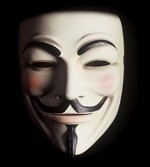 In what is likely one of the stranger cases taken up by a Missouri appeals court this year, a St. Louis convict temporarily dodged a sex offender tag, a savvy senior citizen showcased her technological deftness the very moment she was being victimized, and a city cop named Sergeant Love may or may not have shown his fondness for dressing up in masks with mustaches on them.

The plaintiff in the case is Kenneth Smoot, who was 49 at the time he attacked the 74-year-old victim, referred to in court documents simply as L.L., two and a half years ago. A circuit court judge declared that Smoot was guilty of forcible rape and forcible sodomy, based on a piece of audio evidence surreptitiously recorded by L.L. during the incident. But in their ruling, the judges remanded a portion of the circuit court's guilty verdict on the grounds that certain involuntary statements made by Smoot never should have been admitted by the court.

On March 2, 2009, Smoot, homeless at the time, and the elderly woman, a longtime acquaintance who occasionally offered him shelter, were having lunch at her house when something made Smoot angry. Smoot got aggressive with the woman, which prompted her to call 911. But Smoot slammed the phone down as soon as she dialed, and then he grabbed her, pushed her down and sexually assaulted her.

But despite being physically outmatched by the younger man, the elderly victim was somehow able to hit the outgoing-message "record" button on her answering machine while she was pleading for Smoot to stop. The State would later use that recording as evidence during trial.

During that trial, Smoot admitted that he forcibly sodomized L.L. as she told him to stop, but he denied raping her. He also claimed that certain self-incriminating statements he made the day of his arrest -- among others, an admission that he did indeed have sex with the victim -- were a product of physical coercion and should be stricken from the record.

More specifically, Smoot argued that a cop named Sergeant Love, who'd responded to the incident, coerced him into admitting to the rape. Smoot testified that Love "struck him" in a patrol car and kicked him "between the legs" in a paddy wagon. Smoot also claimed that he was interrogated later that day by "an officer wearing a brown suit and mask with a mustache on it." Smoot testified that he feared the intimidating man wearing the mask with the mustache was Sergeant Love, gearing up for another kick to the groin.

The trial court erred in admitting Smoot's involuntary admission as evidence, according to the appellate judges, who wrote: "If a defendant challenges the voluntariness of a statement, the burden of proof as to the voluntariness of the statement lies with the state." Because the State did not prove the rape admission was made voluntarily, the appeals court remanded that issue back down to the trial level for a new evidentiary hearing -- and possibly a new trial.

By the way, Smoot also argued in his appeal that the audio recording should not have been submitted as evidence because it was hearsay. But the appellate judges dismissed that claim, affirming the recording's authenticity.