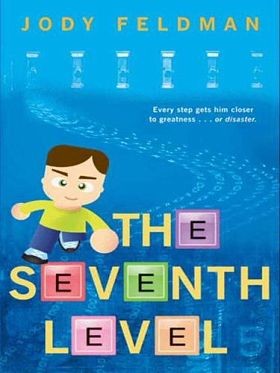 And, lo, an amazing thing happened. Residents of the county ventured into the city -- and not just Busch Stadium. Proud city-dwellers finally made the arduous trek out to Chesterfield. And, for the first time ever, some lifelong Webster Grovians attempted the perilous crossing into Kirkwood! Truly, it was a Christmas miracle. And then, of course, everyone realized their deepest prejudices about faraway places had been confirmed and vowed to stay home forevermore, except for maybe venturing out to that one restaurant...

And new to the kids' list this week is The Seventh Level, a puzzle novel by local author Jody Feldman, the tale of young Travis's quest to be initiated into his middle school's secret society by solving a series of mind-teasers. He made his way into the next town as well, and lived happily ever after.

1. Finally, A Locally Produced Guidebook to St. Louis by and for St. Louisans, Neighborhood by Neighborhood by Amanda Doyle with Kerri Bonasch 2. Steve Jobs by Walter Isaacson 3. Van Gogh: The Life by Steven Naifeh and Gregory White Smith 4. Heaven Is For Real: A Little Boy's Astounding Story of His Trip to Heaven and Back by Todd Burpo 5. Empire of the Summer Moon: Quanah Parker and the Rise and Fall of the Comanches, the Most Powerful Indian Tribe in American History by S. C. Gwynne 6. The Tiger's Wife: A Novel by Téa Obreht 7. Go the Fuck to Sleep by Adam Mansbach and Ricardo Cortés 8. Squirrel Seeks Chipmunk: A Modest Bestiary by David Sedaris and Ian Falconer 9. Death Comes to Pemberley by P. D. James 10. Killing Lincoln: The Shocking Assassination that Changed America Forever by Bill O'Reilly and Martin Dugard

1. The Hunger Games by Suzanne Collins 2. Onward is Best: A Christmas Journey by Sarah Jean Linquist 3. I Want My Hat Back by Jon Klassen 4. Diary of a Wimpy Kid 6: Cabin Fever by Jeff Kinney 5. The Invention of Hugo Cabret by Brian Selznick 6. The Seventh Level by Jody Feldman 7. Oh, the Places You'll Go! by Dr. Seuss 8. Home For Christmas by Jan Brett 9. 11 Birthdays by Wendy Mass 10. Where the Sidewalk Ends by Shel Silverstein