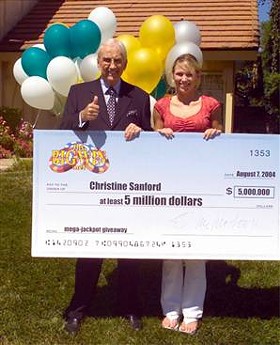 Christmas came a little early for Cardinal fans this year. For the Cardinal offense, too.
The Cards agreed to terms with Carlos Beltran yesterday on a two-year deal for approximately $26 million, bringing the dream of a complete 2004 Astros reunion another step closer to completion. Now all we need is Roy Oswalt and the Cards will have succeeded in stealing the only remaining quality players from their great foes of the last decade.
I have to be honest; I'm not only excited about Beltran in a Cardinal uniform, I'm impressed as hell with the job John Mozeliak did putting this contract together. Reports all along had the Cardinals offering a two-year deal, likely somewhere in the $20 million range, with a couple other teams going up to three years. The Cards stepped up their offer, pushing the average annual value of the contract up, but sticking to their guns about the length of the deal. For a team solidly in a transitional phase and a player in his mid-30s, keeping the deal to two years is a brilliant success.
Perhaps even more impressively than the work he did on this contract specifically is what Mozeliak has accomplished in the month of December: he's managed, in less than three full weeks, to virtually replace almost the full level of production the Cardinals lost when Albert Pujols left for California.
Now, that's not to say the Cardinals are a better team Opening Day 2012 than they were at the end of the 2011 season, but they are almost surely a better team than they were on Opening Day last year. Adding Rafael Furcal and Carlos Beltran should give the Cardinals close to the same production they were counting on from Albert, and it didn't force them to commit ten years to a player already in his 30s. That's just fantastic GMing.
How the playing time situation in the outfield evolves will be one of the more interesting storylines of 2012. Allen Craig will likely miss at least the first month of the season, in which case Beltran just slots in as the starting right fielder. After Craig comes back, though, how the playing time is doled out becomes a much stickier situation. I'm not sure how much Beltran can be counted on to play center field anymore, keeping him from being a viable option to simply take over and slide Jon Jay back to his rightful fourth outfielder status. (For the record, that's not a slight against Jay. He's an outstanding fourth outfielder. As a full-time starter, though, I think he's a little short in the long run of what you really want on a legitimate championship contending team.) I can't imagine Beltran signed on here with the plan of being a part-time outfielder, so plate appearances could be a bit thinner than we would all like to see for Allen Craig.
There should still be plenty of plate appearances to go around, but the fact Jon Jay is now the only legitimate center fielder the Cardinals have -- barring a return to health of Beltran's knee beyond what I'm expecting -- makes the allocation a bit tougher. Most likely Craig will serve a sort of super-utility role after he returns, playing both outfield corners, first base to give Lance Berkman a day off here and there, and possibly even serving as the primary backup third baseman. After all, he did come through the system at third for the most part.
Playing time concerns and how to work player in can wait for the moment, though. For now, the Cardinals have put together what looks to be another monstrous offense, they'll be replacing the Kyle McClellan/Edwin Jackson rotation tandem with a perennial Cy Young contender in Adam Wainwright, the bullpen shouldn't have to suffer through two months of Ryan Franklin and Miguel Batista, and there will be no Ryan Theriot on the 2012 roster. That's about as warm and fuzzy a feeling as any television Christmas special.
Happy Christmas, everybody. Just think of Skip Schumaker as the socks your grandmother always buys you. Sure, you don't need them, and sure, they're not even very good socks, but hey. At least they're not, um...huh. I forgot where I was going with this.