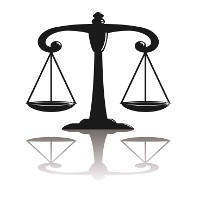 To many Missouri prosecutors and defense attorneys, those sentences don't adequately do justice considering the gravity (or lack thereof) of the crime. For that reason, along with several others, the Missouri Bar is proposing a complete overhaul of what they say is an antiquated Missouri Criminal Code, a set of statues that haven't been comprehensively revised since 1979. The Bar's proposal is four years in the making, and attorneys in Jefferson City expect the Missouri legislature to take a hard look at it next session.

A central revision to the current code would be to add a fifth felony class to the current group of four. As it stands now, there is a large jump in stiffness of penalty between a class-C felony (one to seven years) and a class-B felony (five to fifteen years). The new proposal would add a new class-C felony of three to ten years, change the current class-C felony to a class-D felony, and relabel the current class-D felony as a class-E felony. Thus, under the proposed guidelines, the hypothetical man caught with drugs would only face a maximum four-year sentence, while the hypothetical man who committed involuntary manslaughter could face a sentence of up to ten years.

"We wanted to ensure that the range of punishment for violent, heinous crimes were sentenced at higher levels than crimes that aren't of violent natures," Jason Lamb, executive director of the Missouri Office of Prosecution Services, tells Daily RFT.

In addition to the new felony suggestion, the proposal accounts for out-of-date and redundant statutes, increases fines to match them with post-inflation norms and acknowledges technological advances that have changed the landscape of crime in general.

The proposal was written by the Missouri Bar Criminal Code Revision Subcommittee, which comprised prosecutors, defense attorneys and representatives of the judiciary and legislature. The subcommittee was co-chaired by Lamb and Gwenda Robinson, district defender of the Appellate/Post-conviction Office of the Missouri State Public Defender System in St. Louis.

Lamb expects that the proposal -- which is found online here -- will be read closely by lawmakers. "The recently released report put out by the Working Group on Sentencing and Corrections recommended that the code be revised and that the Bar's product be used as a starting point," he says.

But should the proposal be ratified into a new code, don't expect it to be applied to existing sentences retroactively. "The general practice of law is to start the clock now and go forward," says Lamb.

Also -- the proposal neither introduces nor eliminates any particular crime per se; rather, it seeks to reduce the multivariate ways existing crimes can be interpreted. For example, says Lamb, there are currently 26 different types of assaults in the state statutes. His team suggests that the number be whittled down to four degrees of assault, and four additional degrees of domestic assault. To take an example, the proposal eliminates the category of assault against a law enforcement official, and, in turn, calls for a third-degree assault on a cop to be reclassified as a second-degree assault, which would preserve the current penalty.

In another major change, the proposal sets a single dollar amount -- $750 -- for what should constitute a property-damage crime; as of now, says Lamb, there are different monetary values attached to misdemeanor and felony property crimes.

"We're really trying to look at the code in its entirety," says Lamb. "This whole project had to be viewed as a package, and not through a vacuum to be addressed by piecemeal. We looked at what made sense from a practical standpoint, tried to allow for flexible disposition of cases and wrote it in an ordered, concise way that is fair to both victims and defendants."