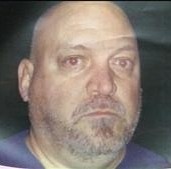 The sheriff of Perry County, Illinois, was charged with indecent conduct last Friday by a Caseyville police officer who observed him engaging in a sex act with another man in a parking lot.

In the early morning hours of December 16, Officer Gerard Spratt observed two males "on top of each other engaging in sexual activities together" inside a Ford Escort parked near Killon's Irish Inn, he stated in an incident report.

According to several news reports, one of the men in the car was Keith Kellerman, who is the sheriff of Perry County, which is located a short distance from Madison County. The other man in the car was J. Ian Stennett. Both men told Spratt that they were making out. Stennett's pants were unzipped and his shirt was unbuttoned. They both were intoxicated.

When Spratt asked the men why they chose to make out inside a parked car rather than the confines of home, Stennett replied "two guys don't usually do this kind of stuff at home," according to Spratt's incident report. (See the incident report here.)

Kellerman, a Democrat, was first elected sheriff of Perry County in 1998 and was re-elected last year, the Belleville New Democrat reports. We tried to reach him at the Perry County Sheriff's Department, but an office administrator said he was on leave and declined to comment further.

Each man was charged with an ordinance violation and is expected to appear in court on Jan. 12.

We were curious to know whether Kellerman would have been hit with an ordinance violation if he were caught messing around in a parked car with a woman instead. We left a message with Caseyville Village Attorney Duane Clark to see if the defendants' sexual orientations played any sort of role in this case and will update this post if he gets back to us.