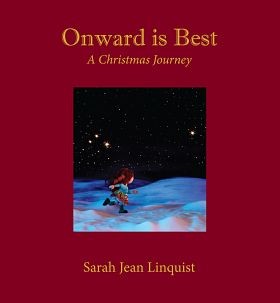 Despite Amazon, e-books and the crappy economy, booksellers have been having a banner holiday season. Or so reported the New York Times last week. Like book-buyers in the rest of the country, St. Louisans have been snapping up Walter Isaacson's biography of Steve Jobs (far cheaper than an iPad, even in hardcover), Stephen King's 11/22/63, Haruki Murakami's 1Q84, Brian Selznick's The Invention of Hugo Cabret (the inspiration for the movie Hugo) and -- still! -- Go the Fuck to Sleep. But some local authors have been popping up on the list, too, most notably Amanda Doyle, who has produced the guidebook we've all been waiting for.

Since 'tis the season for cookie exchanges and potlucks and since it's apparently declassé to buy ready-made baked goods for such occasions (again, according to the New York Times), local author Julia M. Usher has provided a valuable service with her new book, Julia M. Usher's Ultimate Cookies, a virtual Bible of sugar and carbs, beautifully illustrated by Steve Adams' photos.

New to the children's list is Onward is Best: A Christmas Journey by Sarah Jean Linquist. We told you a few weeks ago about how Linquist created the book while she was undergoing chemotherapy for ovarian cancer and how, after her death, her family and friends banded together to finish it. It's a tale that's both sad and heartwarming, like all the best Christmas stories.

1. Josie's Story: A Mother's Inspiring Crusade to Make Medical Care Safe by Sorrel King 2. Steve Jobs by Walter Isaacson 3. Finally, A Locally Produced Guidebook to St. Louis by and for St. Louisans, Neighborhood by Neighborhood by Amanda Doyle with Kerri Bonasch 3. 11/22/63 by Stephen King 4. Go the Fuck to Sleep by Adam Mansbach and Ricardo Cortés 5. In the Garden of Beasts: Love, Terror, and an American Family in Hitler's Berlin by Erik Larson 6. The Sense of an Ending by Julian Barnes 7. Goodnight iPad by Ann Droyd 8. Death Comes to Pemberley by P.D. James 9. Julia M. Usher's Ultimate Cookies by Julia M. Usher and Steve Adams 10. 1Q84 by Haruki Murakami

1. The Invention of Hugo Cabret by Brian Selznick 2. Diary of a Wimpy Kid 6: Cabin Fever by Jeff Kinney 3. The Chronicles of Harris Burdick: Fourteen Amazing Authors Tell the Tales by Chris Van Allsburg 4. I Want My Hat Back by Jon Klassen 5. Rudolph The Red-Nosed Reindeer by Rick Bunsen and Arcadia 6. Every Thing On It by Shel Silverstein 7. Floors by Patrick Carman 8. The Twelve Days of Christmas by Jade Fang 9. Onward Is Best: A Christmas Journey by Sarah Jean Linquist 10. Oh, the Places You'll Go! by Dr. Seuss