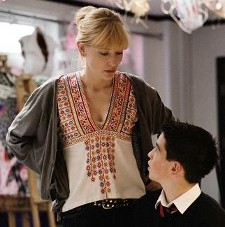 The Show-Me State made an appearance on page A1 of Sunday's New York Times in an article outlining the various ways U.S. school districts are grappling with the ethical and legal implications of electronic communication between teachers and students.

Missouri has in some respects been ahead of the curb in seeking to address a contentious issue that is probably bound to touch every school district in America. The state first began to get national headlines in this arena in 2009, when State Sen. Jane Cunningham (R--Chesterfield) proposed legislation to crack down on inappropriate text messaging and social media correspondence between teachers and their pupils. (The law was proposed after an Associated Press investigation found 87 Missouri teachers had lost their licenses between 2001 and 2005 because of sexual misconduct.) Cunningham's efforts, as we know, resulted in the drafting of Senate Bill 54, also known as the Facebook Bill, also known as the Amy Hestir Student Protection Act.

But the bigger national media wave was created by the subsequent outrage among some teachers suggesting that the bill went too far in its efforts to purge social media from the classroom and essentially prevented students from using invaluable digital tools.

Eventually, the Missouri State Teachers Association -- one of the two major teachers unions in the state -- sought to halt the passing of Senate Bill 54 by filing a lawsuit against the state, governor and attorney general, on the grounds that the bill impeded on teachers' free speech.

The lawsuit, which sparked a new round of national attention, resulted in a win for the teachers union. A Cole County judge issued an injunction against the bill just before its passing, indicating that it would have "a chilling effect" on free speech rights. So Cunningham went back to the drawing board to revise the bill during the most recent special session in Jefferson City. The bill was ultimately passed, but with a major tweak: each school district is now responsible to draft its own social media policy by March 1, 2012.

Now, as the Times article notes, other school boards across the country are following Missouri's lead into the muddy waters of teacher-student e-communication. The paper reports that school boards in California, Florida, Georgia, Illinois, Maryland, Michigan, New Jersey, New York, Ohio, Pennsylvania, Texas and Virginia have either recently updated or will revamp their online media policies this fall.

Currently, every school board in Missouri is in the process of penning their own social media policies ahead of the March 1 deadline. Many school boards are being assisted by educational consulting groups like the Missouri School Boards' Association, which will likely result in more uniformity across districts.