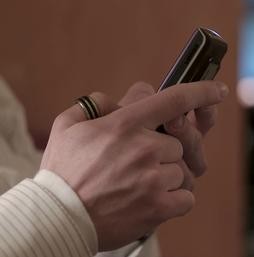 Folks who had supported Missouri's "Facebook Law," (which, before its repeal in October, had banned Facebook friendships between teachers and students) are not going to like this little tale out of Springfield.

A 13-year-old boy testified last week in Greene County court that, on an afternoon in late July, he started getting texts from an unknown number. The kid assumed some jerk from school was pranking him. The texter wanted to meet. The kid refused.

But then, according to the News-Leader,


Then, the kid called the mysterious number back, but the respondent kept hanging up right away. So he had a friend call at the same time he was calling.

The friend was able to get through to voicemail, and the jig was up: the "nasty" texter had been Jeffrey Turnbough, a 30-year-old teacher from Pleasant View Elementary in Springfield.

But wait. How did the kid know this teacher? Oh that's right. The eff-book.

The boy said Turnbough initiated multiple conversations with him about TV shows and movies.

"I knew he was a teacher at the school, so I didn't think anything of it," the boy said of the Facebook conversations. "I thought he was just being friendly."[emphasis added]

It's unknown, obviously, whether the Facebook law (as it was written and enforced) could've prevented this episode. Turnbough was a teacher, but not the kid's teacher. How could any law enforcement body realistically keep teachers from befriending school-age children?

Nevertheless, Daily RFT would like to "unlike" this story.