Melvin Patton: Convicted of Killing His Ex In Front of Their Child 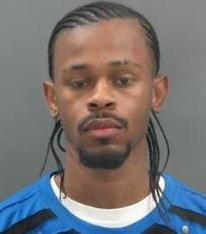 Patton, 26, wore a mask when he burst into a home in south St. Louis in April 2010 and shot the victims in front of his then 4-year-old son and other children. A third woman was also shot in the melee but survived.

Prosecutors say that Patton's son begged to no avail for his father to spare the lives of his mother and uncle.

Just prior to the shooting the boy latched onto his mother, reportedly crying "Daddy please don't kill Mommy!" Patton responded "shut up" and pulled the trigger, according to prosecutors.

Family members testified in trial that Elliot and Patton had battled over custody for years and that Patton sent a text message promising to "kill anyone to get my son."

He'll be sentenced in January and is expected to get life without the possibility of parole.