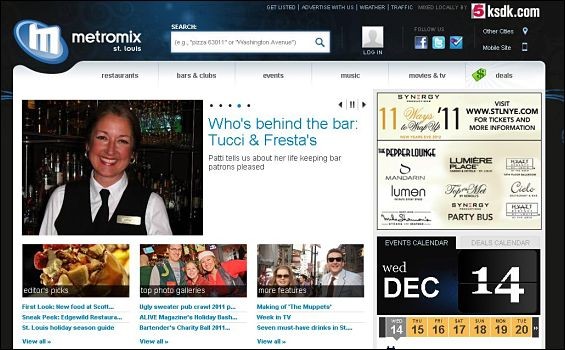 If you ever get disgusted enough to give up reading the RFT, know that now there's one fewer source of information about shows, concerts, restaurants and other stuff going on around town.

Starting January 1, Gannett Broadcast plans to eliminate local staffing and drastically cut coverage in seven of its Metromix sites, including -- you guessed it! -- St. Louis. The others are Denver, Washington, DC, Minneapolis, Cleveland, Atlanta and Tampa.

"The business model was not effective," explains Katie Connell, a spokeswoman for Gannett.

Katie Maassen, associate producer of Metromix St. Louis and currently the site's only full-time staff member, was more specific: "There are 60 sites and only two or three were doing well."

Metromix St. Louis will still exist, but only as an "express site." What the hell does that mean? 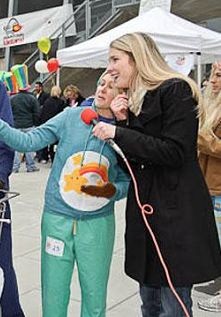 Well, it means that there won't be any more coverage of local events, or reviews or slideshows. There will still be listings of events and venues, but those will be aggregated from other sources, notably the websites Localeze and Eventful.

The site has already cut its local freelancers. Maassen, fortunately, has found another position with Metromix's corporate partner, KSDK-TV (Channel 5).

Metromix started as an entertainment site in Chicago. In 1997 it was purchased by the Chicago Tribune and, over the next dozen years, gradually headed toward world domination, with sites in all the U.S.'s largest media markets. In 2007, it merged with Gannett in order to become even bigger. It arrived in St. Louis in July, 2008.