Fake Bell Ringer Gets Away with Salvation Army Donations 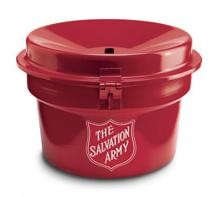 Authorities in Columbia, Missouri, are on the lookout for a man who recently impersonated a Salvation Army bell ringer outside an Old Navy store.

The real bell ringer was on break when the impostor stood in front of the store soliciting shoppers for money. Instead of asking donors to stuff money into the Salvation Army bucket, the fake bell ringer asked them to place their gifts in his hand. Real bell ringers only accept money in the kettle and always wear a red Salvation Army apron, according to the charity.

But here's where the story becomes less detestable.

Old Navy employees told police that the fake bell ringer appeared to be in his late 50s and homeless.

Who knows? Perhaps he'll use the money to find himself to a warm meal, a dry bed or, you know, a few cans of Miller High Life.