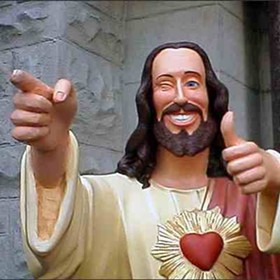 It looks like the Cardinals are close to bringing in a second left-handed reliever as a complement for Marc Rzepczynski. (Wow, I haven't had to type that in a while and almost gave myself an aneurysm trying to remember where all the letters went.) No signing is official yet as of the time I'm typing this, but it appears the Cards have either come to terms or are very close to coming to terms with J.C. Romero on a one-year contract.
The deal was first reported by Ken Rosenthal. Terms have obviously not yet been reported, but it appears to be a major league contract, rather than a minor league deal with a non-roster invite for spring training attached.
Romero pitched for the Phillies and Rockies last season, as well as enjoying a brief stint in the Yankees' minor league system. Actually, 'enjoying' might be a bit strong, as looking at the numbers I doubt J.C. really enjoyed pitching anywhere in 2011.
This certainly isn't a terrible signing, only because the money will be low enough you can simply cut the player loose if you so decide, but I'm definitely not at all excited about Romero pitching for the Redbirds in 2012. His component stats were a bit better with Colorado than they had been earlier in the season, so I suppose you could spin it that he was making progress, but I don't really see it.
Romero has always walked way, way too many hitters. He also doesn't really strike out all that many. The one thing he does do well is get ground balls, but when your WHIP is consistently over 1.50 and your K/BB ratio is below 1.00, you just aren't that good a pitcher.
I will say this for him: he still appears to be able to retire left-handed hitters pretty well. Even in a disastrous 2011 seasons, he limited lefties to a .549 OPS against. So I suppose if he's used purely as a LOOGY and never, ever, ever allowed to face a right-handed hitter he might be acceptable. Might.
My real problem with this signing isn't Romero himself, though, it's the fact there are two other lefty relievers on the market who would both be much better pickups. Mike Gonzalez is probably the cream of the crop, coming off a somewhat down season in which he got bitten by the long ball an unusually high number of times. Hong-Chih Kuo was just recently non-tendered by the Los Angeles Dodgers and is free to sign anywhere.
Both pitchers have risks and warts; Gonzalez is coming off a season with an elevated home run rate and a fairly sharp drop in strikeouts, while Kuo has been through a litany of physical injuries in his career, as well as dealing with anxiety disorder on two separate occasions. Kuo is, of course, the riskier of the two, but the upside is tremendous. He recently had elbow surgery to remove a loose piece of bone, and he suffered through a very rough 2011. Look at his previous three seasons, though, and it's tough to find another reliever in all of baseball with better numbers.
Still, while Gonzalez and Kuo have their own risks attached, Romero has a much more serious risk following him, I think. The risk with J.C. Romero is that he won't somehow turn his career around 180 degrees at the age of 35 and magically become the pitcher he was with the Twins again. Perhaps if he's used as the very strictest of lefty specialists -- i.e. like he's Arthur Rhodes, only in his mid-30s instead of his mid-60s -- Romero could be effective for the Cardinals in 2012. I don't think it's a great bet, though, particularly when there were other options on the market with significantly higher upside.