Ha! Someone Did Bring a "Dick in the Box" to Last Night's Fleshtivus 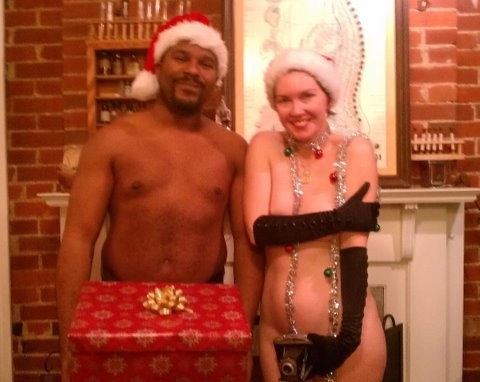 Yesterday Daily RFT joked that a "Dick in the Box" was sure to be a popular item during the gag-gift exchange at last night's Fleshtivus party. Turns out it was with organizer David Wraith packaging his, umm, package for the event. (Wraith, btw, conceived of the idea long before Daily RFT weighed in on the matter.)

Fellow Fleshtivus organizer Kendra Holliday tells us this morning that the party was a huge success with some 50 people in attendance, representing a broad section of ages and races.

"What most stood, though, were all the beautiful women," she says. "They were all over the place."

Sex Positive St. Louis plans to host another nude party sometime in March and another in May or June. The latter soiree is tentatively scheduled to take place in a cave with a Clan of the Cave Bear theme. Naturally.