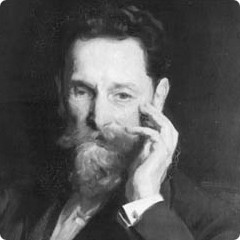 Here's betting that the corporate brass at Lee Enterprises up in Davenport has no idea that today is the anniversary of the founding of the Post-Dispatch. If it did, you'd think it would choose any day but today to officially file for bankruptcy.

But even if the anniversary is lost on Lee Enterprises, the irony of its predicament cannot be. Lee wanted to be a big-boy media company back in 2005 when it swallowed up the larger Pulitzer Inc. (then owner of the Post-Dispatch). Now Lee is choking on all the money it borrowed to fund the acquisition and is seeking to refinance $1 billion in debt.

Old Joseph Pulitzer must be rolling in his grave. Pulitzer used proceeds from the Post-Dispatch to fund his media empire that eventually included the largest circulation paper of its day, the New York World.

The first Post-Dispatch, a merger of two of Pulitzer's St. Louis dailies, the St. Louis Westliche Post and the St. Louis Democrat, debuted on December 12, 1878, and published about 4,000 copies of its four-page broadsheet.