Update December 8: Vogue Italia has since removed the top right photo from its website because, according to the website Fashionista, it's been turning up on pro-anorexia websites as "thinspo," or inspiration for not eating. Over at Jezebel, fashion writer (and former model) Jenna Sauers compared the final picture and a behind-the-scenes video and concluded that the photo was not Photoshopped, it was Kloss, being a model and posing at a weird-ass angle.

When Riverfront Times hung out with Karlie Kloss, three years ago, the St. Louis-raised supermodel (Webster High, represent!) was bouncing on a trampoline. This week Kloss, now 19, closed the Victoria's Secret fashion show and posed for a magazine pictorial without her wings...or much else. Since the photos were by Steven Meisel for Vogue Italia, you can be assured that they are eminently tasteful, though probably still NSFW. They're also kind of encouraging: There's way more muscle than bone on display, which gives credence to Kloss's claim that she's a snack addict and stays thin by exercising. Still, we can't help but sigh. They grow up so fast!

A few more (clothed) photos after the jump. 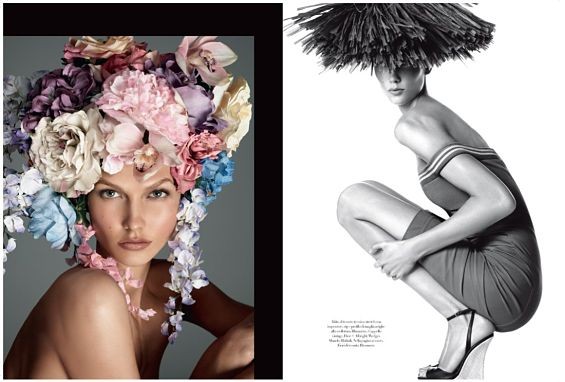