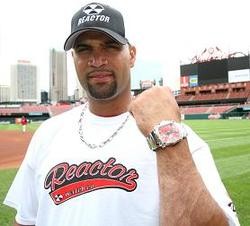 So, the Cardinals have apparently done what they've tried to avoid up till now: mortgage the team's future on a single player.

The Post-Dispatch reports today that Bill DeWitt Jr. & Co. have offered Albert Pujols $220 million over 10 years. That offer seems to best the deal from the Florida Marlins that's closer to $200 million over 10 years. A third team -- not named -- has reportedly joined the bidding as well, offering Pujols a 10-year deal that would have him playing till age 41.

Last winter the Cardinals offered Pujols $198 million for nine years. That said, is the new offer really that much more of financial burden than the previous bid? Or is $220 million too much to pay any player whose best days are probably behind him?

Cast you vote in the poll below and leave your thoughts in the comment section.