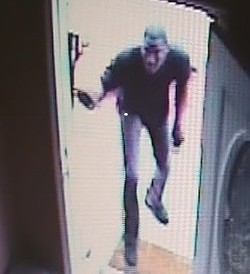 Update: St. Louis police have one suspect in custody and are seeking three others. Details here.

Authorities in Missouri and Illinois believe the men were responsible for an armed robbery and a home burglary that occurred within minutes of each other yesterday morning. The burglary was caught on home surveillance cameras that give a pretty good description of a few of the thugs.

But first the armed robbery: St. Louis County police say that at around 10:50 a.m. Monday a motorist on North Lindbergh Boulevard near Highway 367 was stopped at a stop sign when a black Hyundai Sonata with temporary tags ran into the rear of his vehicle. When the victim got out of his car to inspect the damage, he said three to four men (described as African American) jumped out of the Hyundai. One of them brandished a gun and robbed him and a passenger of their belongings and then pistol-whipped the driver before taking off.

Investigators believe the same men arrived minutes later to a Granite City home. After knocking on the door of the residence, one of the men kicked his way into the house. At least one of the suspects (right) can be seen on surveillance footage stealing electronic equipment. Madison County sheriff deputies broke up the burglary but weren't able to detain the suspects. They fled in what deputies first reported as a Honda Accord but now believe to be a 2011 or newer Hyundai Sonata. Like the vehicle in the armed robbery, the getaway car had a temporary Missouri license plate.

Anyone with any info is encouraged to call Crime Stoppers at 866-371-TIPS.

Below are photos of the suspects at the door of the home, making their escape from the house as police arrive, and filling up for gas in St. Louis County. 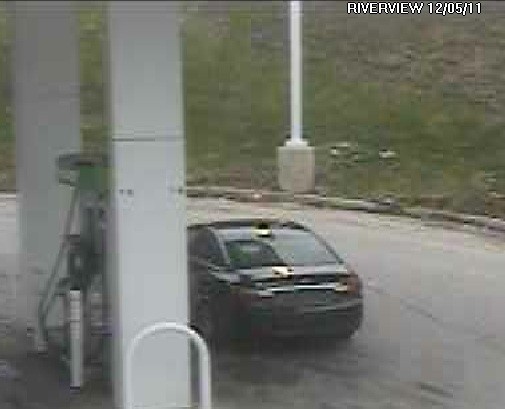