David Perron to Return as Soon as Saturday? 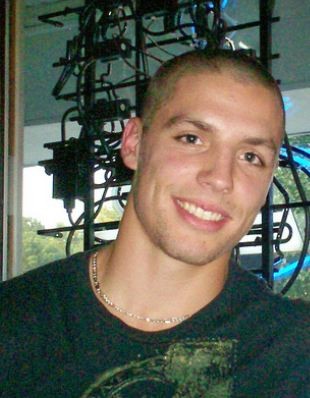 The Blues under new coach Ken Hitchcock have been nigh unstoppable, winning four games in a row, going 8-1-2 in his first 11 games at the helm, and picking up 18 of a possible 22 points over that time span. Suffice to say, things are looking pretty rosy around the Blues' clubhouse right now.
The team's latest win, a 2-1 shutdown of the Washington Ovechkins Capitals, showed off both the good and the bad of the Hitchcock era so far. The defense was suffocating. The goaltending was rock solid. The offense was anemic. It all added up to a win.
Even with the win, though, that two in the goals column for the Blues is a little worrisome. Obviously, Ken Hitchcock's brand of hockey doesn't require huge goal totals to work, but the lack of scoring night after night is still a concern.
There could be good news on that front, though, and it could come as soon as this weekend. David Perron, one of the Blues' bright young offensive stars, could return to the ice this Saturday at Scottrade Center for the first time in fourteen months.
Perron, you'll recall, has been out since last September, when a hit by Joe Thornton of the San Jose Sharks put him on the sidelines with a concussion. Thornton was suspended two games by the NHL; Perron was consigned to purgatory for the next year.
It looks as if that stay may finally be coming to and end for Perron, though. He's been cleared for full contact since the 18th of November, and has been fully participating in practices and traveling with the team. The only hurdle left for Perron now is the biggest one: lacing up the skates and taking the ice when it counts.
Returning Saturday at home would give the Blues the advantage of being able to protect Perron, both through line changes and the day off between games Saturday and Monday, when the Red Wings come to town. Even so, there's no guarantee Perron will actually play this weekend. The team and the player could still decide to give him another day or two to continue working up to speed. Regardless of the actual day, though, the fact is the Blues are on the verge of adding a dynamic offensive talent to what is already an extraordinarily talented team.
So how big a difference will getting Perron back make? Well, he's not a Chris Stewart or David Backes, guys who can crash the net and put the puck home at any time (which, coincidentally, is exactly the one piece I think the Blues could still use, another pure scorer), but his playmaking ability is impossible to deny. He's more consistent than Patrik Berglund or even T.J. Oshie, though Perron lacks Oshie's flair for solo brilliance.
In fairness to Perron, though, we really still have yet to fully see what kind of player he could develop into. He's still only 23 years old, the result of having made it to the NHL -- and sticking there -- at just 20. His development may very well have been slowed by the rapidity of his rise, as he was playing just to survive that first year. We saw a confident new Perron, one with swagger and acumen to spare, at the beginning of last season before he got hurt. If he's the player he was his first two seasons in the league, the Blues are getting a very nice boost on offense from a guy capable of creating chances for other players with his feet and his passing touch. If he's the player he looked like for the first ten games of 2010-2011, then there's really no telling how much better he could make this offense.
So, the short version: David Perron isn't going to single-handedly fix the Blues' offense. But he could very well help in a major, major way.
It's been a long time coming, and there were times when I honestly wondered -- and I'm sure plenty of others did as well -- if David Perron would ever take the ice in an NHL game again. Concussions are funny things that way. Now, though, we may be only a matter of days away from seeing him don the Blue Note again, and anyone who cares about the St. Louis Blues should be beside themselves with anticipation.