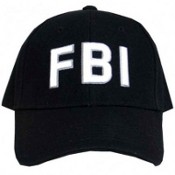 Members of an FBI task force blanketed the St. Louis metropolitan region during the early hours of yesterday morning in a three-county sting operation in attempt to dismantle a heroin trafficking ring.

The sting follows four recent federal indictments charging sixteen individuals with narcotics conspiracy. A small handful of the defendants received additional firearms violations and money laundering charges. The FBI, which classified the alleged organization as "violent," has been investigating the case since April 2009.

The indicted individuals are:

The main indictment, which levies charges against seven men and three women, can be found here.

For our previous coverage of the area's heroin epidemic, click here.