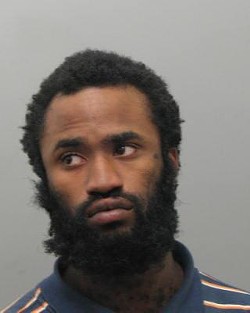 Police say Corey Bryant was intimately familiar with how to dial 911 and did so with abandon, making numerous emergency calls to punk authorities.

The bogus calls began on October 20 when someone dialed the St. Louis County police department to report a weapon being flourished at a home in Jennings. Police received a similar call for the same house on October 21. On October 23, a call was made stating a house was on fire, and on November 5 a caller stated that a woman had been shot. Hours later another call came in reporting shots were fired in Jennings. Then on November 11, a caller stated a woman was shot and later that day another call advised that there was a dead body in the buses behind a business. All the calls were anonymous and untrue.

(Earlier this month, Daily RFT reported how the prank calls were taking a toll on the cops policing Jennings.)
Now, finally, police believe they've caught the mad dialer. Bryant, 21, of the 400 block of Mueller in north county, was charged November 15 with one count of making a terrorist threat and one count of misusing 911. He's currently being held on a $15,000 bond.
"I commend the actions of the police officers and detectives who worked very diligently on this investigation," said St. Louis County Police Chief Timothy Fitch in a statement yesterday. "Their dedication and investigation skills led to the removal of an individual that was placing the police and public in danger and wasting valuable resources while misusing the 911 system."