November 15, 2011 at 7:34 AM
comment
A teenage girl was shot and killed as she ran for cover inside her home Sunday. The gunfire erupted just after 5 p.m. November 13 in the 4000 block of St. Louis Avenue (below) in north city. 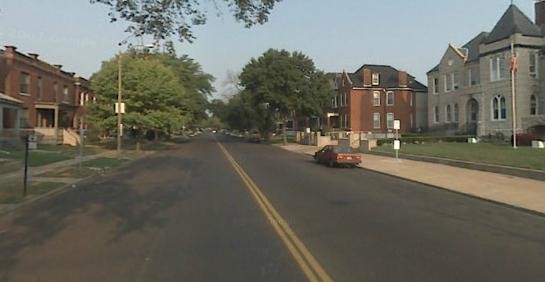 Witnesses told police that the shots came from across the street. Antoinette Wilkins, 17, was rushed to the hospital with a bullet wound to her back and declared dead a short time later.
The Post-Dispatch reports that Wilkins and a couple friends were on the front porch of her aunt's house where she stayed when bullets began ripping into the home. Wilkins was running toward her bedroom when she was struck. Her aunt held a towel against the wound until help arrived.

Police do not believe that Wilkins was the intended target. An investigation is ongoing.