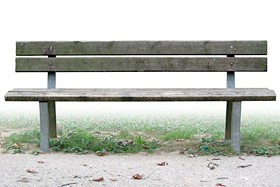 The Rams will take on the Cleveland Browns this weekend, looking to rebound from an absolutely crushing loss to the Arizona Cardinals this past Sunday. Of course, that's really nothing new for the 2011 season; virtually every week this year has seen the Rams trying to rebound from something or other.
What will be new for the Rams this week will be the man snapping the ball. For the first time since the Rams signed him as a free agent away from the Baltimore Ravens, Jason Brown will not be the starting center. Odd enough to see a player currently on a streak of 89 consecutive starts not starting a game. Even more unusual, though, is the fact Jason Brown isn't out of the lineup due to injury.
Jason Brown isn't hurt. Jason Brown is just benched.
News of Brown's benching was first reported by Brendan Wiese of KFNS, and has since been making the rounds through the local outlets. There's been some debate back and forth about how good or bad Brown has actually been this season, with the Post-Dispatch citing sources in the organization who believe Brown has been one of the Rams' best offensive linemen.
With all due respect, that's just bullshit. Jason Brown has been flat-out atrocious this season, and if there is anyone in Rams Park who thinks otherwise then the players on the offensive line may be the least of the problem.
Don't get me wrong; I'm not trying to say Jason Brown is the biggest issue the Rams have this year. But, considering the offensive line has been the most puzzlingly awful unit on the field, I do think the time has come for the players on that line to be held accountable. Brown has been almost uniformly disappointing since coming over from Baltimore, where he was rated one of the best centers in the game. I've thought over the past couple seasons perhaps Brown's issues come from a distinct lack of talent around him, but watching him week after week this season, with mental lapses and a seeming inability to adjust at all to the offensive scheme of Josh McDaniels, I'm really beginning to think the problem isn't the players on either side of Brown.
You want examples? Well, how about the fact Brown managed to incur a false start penalty this season, a feat which is nearly impossible for the guy who snaps the ball? Or how about the reports of him tipping the snap count in several contests this season, most notably in the loss to the Dallas Cowboys? I don't know if Brown can't figure out the new offense, or if he's just lost his edge, but in the end it doesn't really matter. The Rams need better performance than what they've gotten this year out of one of the most expensive O-lines in the league, and it's looking more and more like Jason Brown isn't going to be part of the solution.
Sam Bradford himself has spoken out about the mental mistakes the Rams have been so prone to this season, particularly in the red zone. While he didn't call any of his teammates out by name, of course, Bradford has specifically mentioned there seems to be a lack of concentration at times. That certainly seems to jibe with what I see from Brown, which is a player taking more and more plays off every season.
Regardless of what comes of this, I like seeing it. This is a Rams team which was expected to contend this season coming in, and they've been one of the most disappointing teams in all of football. If putting underperforming, overpaid veterans on the bench is what it takes to get this squad pointed in the right direction, then so be it. Personally, I can't wait to see Brown and Jacob Bell both take their big contracts and their half-hearted crap performances to some other city.