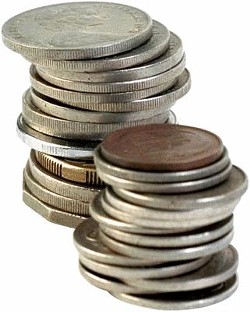 Missouri may be a red state when it comes to politics, but two initiatives that hope to land on the November 2012 ballot could bring the left-wing base out in droves next year.

Lara Granich, director of Missouri Jobs with Justice, tells Daily RFT that the time is ripe to increase wages for the state's working poor. "In this economic crisis, what the economy needs is more people with more money in their pocket," she says. "If you pay people making $290 a week another $40, they're going to spend it."

After ten years of no increase to Missouri's minimum wage, Jobs with Justice and dozens of partner groups successfully got a wage issue on the 2006 ballot. The measure, which hiked the wage to $6.50, passed by a margin 76 percent. The state's minimum wage was later raised to $7.25 -- the federal minimum.

Granich says she expects some opposition to raising the minimum wage to $8.25 this time around, particularly from the Missouri Chamber, which last month came out against any such hike. Still, she's optimistic that her group and its many supporters will have no problem beating the May 2012 deadline for providing enough signatures to get the issue on the November 2012 ballot.

"Last time around we collected twice the number of signatures we needed in just six weeks," she says. "This is the kind of thing where people are grabbing the clipboard out of your hand."

Currently 18 states plus the District of Columbia have minimum wage rates above the federal minimum.