Timekeepers: Vintage Watch and Jewelry Shop Now Antique of Its Own

Semyon and Alina Ilyashov arrived in St. Louis from Minsk, Russia, in 1979 unable to read or speak English. Accompanying them were their two young daughters, Ella and Lena. Their daughter Rachel would be born a few years later. "They wanted to provide opportunities for the kids," Rachel, says of her parents' decision to leave communist Russia for a better life in the United States. "There it's impossible to open your own store. As a watchmaker, that kind of opportunity is not available there."

An immigration agent placed the couple in St. Louis because the city had few other watchmakers. Still, Semyon wasn't sure he was going to open his own shop here. He and Alina worked a couple odd jobs before launching Timekeepers, an antique watch and jewelry store in Olivette. Little did he know 30 years later the shop would still be in business and expand to two locations.

Today Timekeepers is a family affair. Semyon is the watchmaker, Alina is the manager and Rachel is an engraver. Ella and her husband, Edward Pernik, run the Clayton location.

The company specializes in buying and selling pre-owned, antique and vintage watches, jewelry, music boxes and anything mechanical that Semyon can fix up. The Olivette store is filled with cases of jewelry and knick-knacks.

"Right now it's a huge trend--young people buying antique engagement rings," Rachel said. "People are realizing that antique is prettier, and it's cheaper, and it's one of a kind." 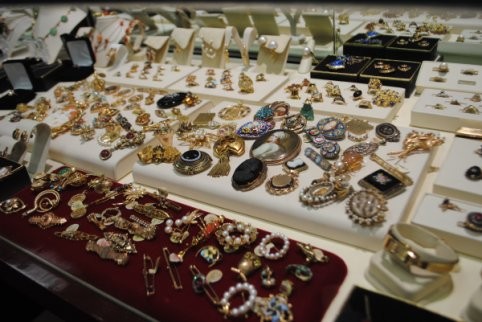 Rachel, 26, is almost as old as her parents were when they opened Timekeepers in 1981. Now married with children, she hopes to keep the family business alive as long as she can. Since she began working at the store when she was only eight, Rachel has built a relationship with many regular customers, oftentimes remembering their names and phone numbers.

Timekeepers is now inviting all those old customers and potential new customers to come toast the company's 30th anniversary this weekend with wine and food. The celebrations get under way Friday night at the Olivette store and continue Saturday afternoon and evening at both locations.