Standup Iliza Shlesinger: "Yes I Google Myself, and Anybody Who Says They Don't Is a Liar" 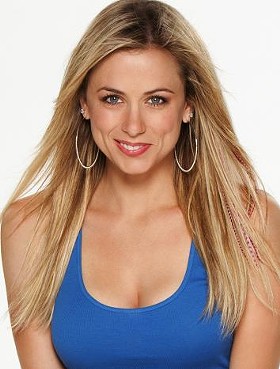 Iliza Shlesinger's hotness is (1)  undeniable, and (2) irrelevant, because  her comic chops are real: In 2008, at the tender age of 24, she won NBC's Last Comic Standing, and hasn't looked back since. She'll be at the Funnybone this weekend.

Daily RFT: Do you get crap from other comics about being on Last Comic Standing?

Iliza Shlesinger: It's one of those shows that I find a lot of people are quick to make fun of, but then they say, 'I've auditioned for it.'

The contestants on your new reality show, Excused, say some deliciously stupid things. How do you correct them without them turning on you?

Well, that's definitely a fine line I try to walk. My rule is, if you're doing the best you can and you're having fun and you're trying to make good TV, then I'm on your side.

If you're sitting there being annoying or you're being difficult, and you make a mistake when you're speaking, I will not correct you. I'm just like, 'Fine, you're gonna sound stupid and that's your own fault.'

Do you check the Internet to see what people are saying about you?

Uh, yeah! And anyone who says they don't is a liar. And I'll tell you something else: When you called just now, I was busy watching my web show that I taped on Saturday. You watch it to see how you look on camera, or if there's anything you did wrong, because you're always trying to be a better performer. It's like watching a tape of yourself if you're an athlete.

As a comic, we all have that syndrome where the whole room laughs, but one guy in the front isn't, so that's what you fixate on. So I'll see a whole page [of comments] that says 'We love you!' and one guys writes, 'You suck,' and I'm like 'Why doesn't he like me?'

My philosophy is (not that I invite it): If someone takes the time to analyze and scrutinize your performance and write to you, that takes a lot of energy from them, and I'll take it as a compliment.

I understand you performed for U.S. troops in Singapore, Guam, El Salvador, and Honduras - how did that go?

It's not exactly the danger zone, but the soldiers stationed in those places also need entertainment and I was more than happy to go. I'd do it for free.

Standup comedy is so selfish - it's so about you and your validation. But when you do a show for the soldiers, it's like, 'Whatever you guys need, I'll do it on a dining room table in a closet.'

That sounded so dirty.

Well, it's gotta be lonely at those bases - have any of the soldiers proposed to you?

I've not been asked to marry anyone - I haven't even been invited to a ball like Mila Kunis was, so I'm still waiting for that invitation.

But you really underestimate how important it is [to the soldiers]. They want your headshots, they want your comedy CDs. They just want to feel like they're still part of the real world. And they're so happy to have some change in their regular routine.

Iliza Shlesinger will be at the Funnybone in Westport Plaza Thursday, Friday and Saturday nights. You can follow her musings on the Twitter or check out her Facebook page.