Tony La Russa Goes Out On a High Note 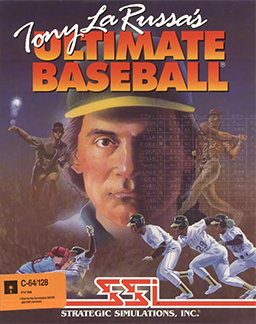 Tony La Russa, manager of the St. Louis Cardinals since 1996 and winningest skipper in the history of the franchise, announced today he is retiring.
I have to say, this is shocking. Maybe it shouldn't be; after all, La Russa dealt with more health issues this season than in any other in the past. His battle with shingles early in the season seemed to take a significant toll on him, in a way we hadn't really seen from before. Add those increasing health concerns to a chance to go out on perhaps the ultimate high note, and maybe it shouldn't be so surprising.
Still, though, I'm shocked. La Russa needed only a handful of victories next season to pass John McGraw for second on the all-time managerial wins list. He had what amounts to a lifetime contract with the Cardinals. He had a team that might lose its superstar but still had a very real possibility of competing for the big prize again next season. I just can't believe he walked away from all that so close to such a huge milestone.
I've been increasingly vocal in my criticisms of La Russa the past couple seasons; there have been times when his decisions and behavior have been counterproductive, I believe. The Colby Rasmus deal earlier this season was the perfect example: the problem with the trade wasn't that the team moved Rasmus, or even the return, exactly. The problem was the why of moving Rasmus, with the manager doing all he could to make an already challenging situation completely untenable. It was only one of a long string of issues La Russa had played a part in over the past handful of years (Scott Rolen, anyone?), and it's the sort of problem a manager should never have a hand in causing.
But here's the thing about Tony La Russa, the one thing I did admire about him, and the reason I worry about the Cards' future without him just as much or even more than I did with him: Tony La Russa cared about winning. Not just in the normal way major league managers all care about winning, but in an obsessive, driving way that was at least moderately frightening to watch.
I've questioned plenty of La Russa's decisions over the years, but I would never question his dedication to winning, his absolute obsession with the minutiae of victory. I believe the drama he seemed to carry with him often hurt the team, but I would never accuse the man of giving up or simply failing to see an angle.
There will be plenty of time later to mull over candidates to replace La Russa and things like that; I won't go into those issues now. Rather, this is about Tony, and the fact the Cardinals are losing the manager who has helmed the organization through more wins than any other man in the long and illustrious history of the franchise.
So thank you, Tony, for all the good years, and all the wins. I haven't always agreed with the methods or the decisions, but I always admired the drive. The Cardinals have some enormous shoes to fill.