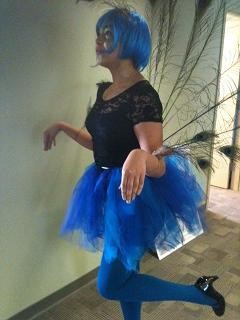 Last week a correspondent with NPR rang me at work to ask me about our custom here in St. Louis requiring trick-or-treaters to tell jokes before receiving candy.

Yes, for those of you unfamiliar, St. Louis is something of an exception when it comes to our October 31st festivities. Only the residents of Des Moines, Iowa, also require children to tell them jokes.

As Alan Greenblatt with NPR explains today, coming up with a good joke can really place some pressure on trick-or-treaters. He writes of one 8-year-old who may not go out tonight for lack of decent joke.

As I've done in year's past, stop by Daily RFT tomorrow for a list of the Top 10 jokes as told to me by this year's trick-or-treaters.