Hunting Ethics: After Killing a Thousand Ducks, Can You Still Respect Them?

Our current feature about Jeff Foiles, a convicted celebrity waterfowl hunter, has kicked up a dust-storm among readers who vehemently disagree about the ethics of hunting.

We turned to Dr. Michael P. Nelson, an associate professor in both the philosophy and wildlife departments at Michigan State University, to guide us through the deeper issues.

Daily RFT: Many life-long hunters (such as Jeff Foiles) have killed literally thousands of ducks. But is that incompatible with respecting them?

Dr. Michael P. Nelson: Well, it's a psychological question: Does killing make us ethically numb? I don't think it does.

In fact, it is common to see [hunters] who later in their lives have a real struggle, where they think, 'I just can't keep doing this.' It's not clear why, or what's going on when that happens. But clearly there's some tension between hunting and what they think of as respect for animals.

Right now, our Western system is dominated by the idea that you can't kill something and respect it at the same time. But I think if you look at native cultures, you see that [it's possible]. The actions are the same that kill animals, but they also respect them as individuals. They had systems of thought that allowed them to do it.

In our system, endangered populations matter, for example, but we don't know what to do about the moral standing of individuals. 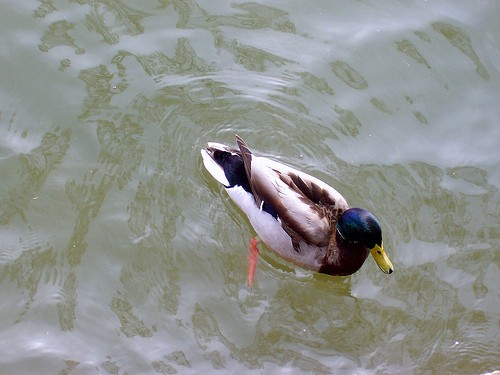 So we say things like, 'You don't torture animals,' and 'You don't ridicule them on film' and 'You shoot to kill, not to wound.'  We say a lot of things that seem to be inclusive of non-human individual animals.

But we still find troubling those systems of thought [such as some forms of veganism] that suggest that animals have direct moral standing.

So my main argument is, I don't think our philosophy of these things is very mature at this point. We don't how to put these things together.

As much as I can. I haven't hunted in quite a while, but I'm in [the hunting] camp. That's why I'm critical of that camp, because I want that camp to have everything together.

I'm a newbie waterfowler. For me it's still very hard to ring a duck's neck if it's wounded.  In fact, I'll admit to getting all Avatar about it and telling them (in my head) something like, 'Thanks, brother.'

The moment we don't think it's hard, we're doing something wrong. What you're starting to articulate is this notion of gratitude. That's exactly the kind of idea that could manifest itself in an ethic that would allow us to hunt.

And that's one of the things that you see among natives: That this animal is a gift. You can take it, but you have an obligation to reciprocate in some way. Gift exchange is a really powerful and different kind of ethical relationship, and I think that could find a seed in the Western World as well.

What do you make of the many hunting DVDs and cable shows (such as those on The Outdoor Channel)?

I don't want to overstate this, but if you really internalize an ethic of reverence and gratitude, you might be less inclined to have something a public video that involves killing animals. You might not think that's appropriate.

I don't know, I think that's an interesting thought experiment. Would somebody that embodies that ethic do a show? What would it look like? Would it look different? We might have fewer shows like that. I really don't know.

Click here to read the article, co-written by Dr. Nelson, entitled, "The Ethics of Hunting: Can We Have Our Animal Ethics and Eat Them Too?"