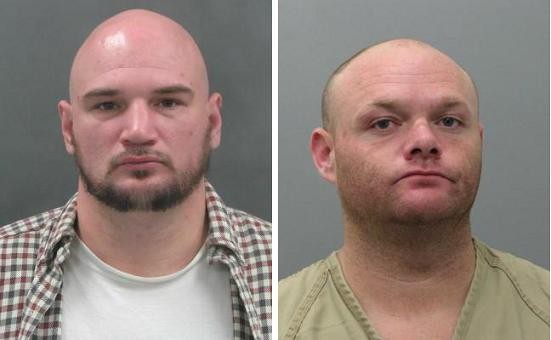 Police in the southwest St. Louis suburb responded to a call of a robbery in progress around 11 a.m. yesterday and saw evidence of forced entry upon their arrival. According to police, a Sunset Hills' officer saw Hammett armed inside the house and shot him as he held the female homeowner captive. She was rescued and not physically injured.

Other arriving Sunset Hills police officers allegedly saw McCubbins trying to flee by jumping over fences and running through nearby yards. Police quickly apprehended him and took him into custody.

Hammett was taken to a nearby hospital and is currently in stable condition following surgery. A motive other than robbery has not been determined. The two are both charged with first-degree robbery, burglary, felonious restrain, unlawful use of a weapon of property damage and armed criminal action. Each is being held on a $250,000 cash-only bond.