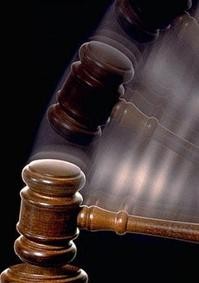 The Missouri Court of Appeals handed down a ruling today to a case heard earlier this month involving a St. Louis County woman who challenged the red-light camera ticket she received in Creve Coeur in August of 2009.

Mary Nottebrok had lost two previous decisions in municipal court and St. Louis County Circuit Court before the Court of Appeals took the case. In arguments October 5 before the appellate justices, attorney Bevis Schock argued that Creve Coeur's ordinance allowing for the cameras violated his client's right to due process by automatically assuming that the owner of the vehicle was guilty of running a red light and not the actual driver.

Schock also argued that Creve Coeur's ordinance violated state law mandating that points be assessed against a person's driver license for any moving violation. As Creve Coeur's law is written, a person is not cited for running the red light but for the non-moving infraction of having his or her car in the intersection when the light turns red.

In today's ruling, the court sided with Creve Coeur on both counts, agreeing that their camera ordinance does not violate an offender's right to due process and adheres to state law. In a 14-page ruling, the court noted that because the Creve Coeur law is a civil infraction calling for a $100 fine -- and not a criminal law -- it is not subject to heightened Constitutional protections regarding due process. Moreover, the court found the law to be legitimate exercise in police powers in that the ordinance was ostensibly designed to save lives.

"We find that Ordinance No. 315.140 (Creve Coeur's red-light law) was a civil ordinance, was properly enacted pursuant the City's police power for regulating public safety, and did not violate Missouri law," wrote the justices.

As to the defendant's other argument -- that Creve Coeur's law should be counted as a moving violation -- the court ruled that the claim was without merit as the municipal ordinance never intended to assess points and, in so doing, did not expressly contradict state law.

"[State law] did not specifically require the assessment of points against the owner of a vehicle for a violation of a municipality's red light camera ordinance," ruled the justices. "The plain language of Ordinance No. 315.140 indicated that the City intended a violation of the ordinance to be classified as a non-moving violation."

Attorney Bevis Schock could not immediately be reached for comment.