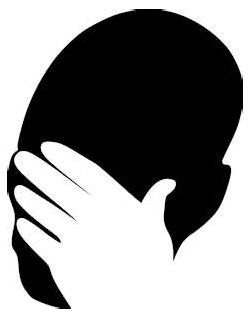 Remember mid-season when the sputtering St. Louis Cardinals took two steps backward for every one step forward? Remember, particularly, that week-long stretch in June when the Redbirds dropped seven in a row?

Well, sports fans, that team has returned to the World Series at the worst possible time. The Cardinals could do little right last night in Game 5 despite a strong outing from Chris Carpenter who allowed just two runs in seven innings. The Cardinals left 12 men on base, with nine of them in scoring position. Redbird "clean up" hitter Matt Holliday continued to infuriate, leaving a total of five runners stranded. In the third inning he hit into a double play with runners on first and third. In the fifth inning he grounded out with the bases loaded. Both bats ended the innings.

All the Redbirds could muster was two runs in the second inning, thanks in part to a Rangers' error. Amazingly, those runs kept the team in the game until the eighth inning when Cardinals reliever Octavio Dotel put two men on with a double and a walk. Marc Rzepczynski came in and allowed a single to load the bases. Rangers' catcher Mike Napoli then hit a double to put Texas on top 4-2, and that's how it ended.

After the game Cardinals' manager Tony La Russa said he called the bullpen to have Jason Motte warm up to face Napoli, but the person who answered the phone couldn't hear the skipper over the crowd noise and thought La Russa wanted Lynn to warm up. Bizarre.

Stranger still was the squandered opportunities in the seventh and ninth innings when Allen Craig was caught stealing twice. (No wonder this guy's Twitter handle is a tortoise!) La Russa said that Craig's first failed steal in the seventh was a "mix up." Had he remained on base, Craig would likely have scored with the Cardinals taking two walks and Holliday (batting .167 in the series) getting a rare hit in the inning.

It all added up to a gut-wrenching loss as the Cardinals now trail 2-3 in the series and must win tomorrow and Thursday hoist the trophy. Let's hope that by then the Cardinals can rid themselves of their mid-season form and return to their record-setting September run. Is that too much to ask?