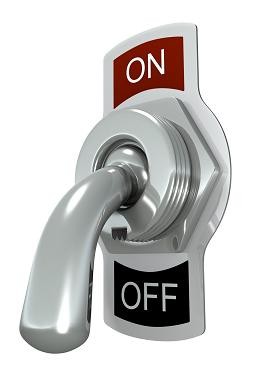 First of all, Joe Buck and Tim McCarver, yesterday was not the colossal St. Louis sports failure that you made it out to be during last night's World Series broadcast.

No one in their right mind here in St. Louis thought the Rams would beat the Dallas Cowboys in Arlington -- a game that took place right next door to the World Series and ended just a half-hour prior to Game 4. Moreover, few people in St. Louis even cared about that contest.

We did, however, care a whole heck of a lot about the baseball game. And it's correct to call that game a disappointment.

One wonders: How does a team score 16 runs one night and zero runs the next? Answer: Great pitching and some serious weak links in the Cardinals lineup.

Addressing the former: Kudos to Rangers' lefty Derek Holland. The kid may not be able to grow a mustache (seriously, does this guy look like Cletus Spuckler or what?), but he gave the Cardinals fits the entire night, allowing just two hits and four total base runners in eight-plus innings. My fear now is that Rangers' manager Ron Washington might start Holland again if the series goes to Game 7.

Addressing the latter: Was anyone else screaming at the television every time Matt Holliday came to the plate last night? Holliday has been about as ineffective a clean-up hitter as possible through the first four games of the series. Last night he went 0-4, striking out twice with the worst whiff ending the game with two runners on base. His batting average for the World Series is now a measly .133.

And he's in good company.

Three other Cardinals are batting sub-200 in the series. Yadier Molina has a .154 average with just two hits, though both were doubles that scored runs. The same cannot be said for poor Rafael Furcal. He's batting just .125 with two hits in 16 at bats. And then there is the dreadful Jon Jay. Sheesh. He is 0 for 16 in the series with a .000 batting average. Why this guy is starting ahead of Skip Schumaker, I do not know.

Hopefully, these four players will rebound over the next two games. If not, there may be a lot of celebrating in Busch Stadium this Wednesday or Thursday. The only problem? The party will be in the Rangers' clubhouse.