October 21, 2011 at 12:06 PM
comment
Update 11:45 a.m.Police have identified the suspect who killed himself early this morning as 34-year-old Robert Fuller. Fuller and Goertzen were in a relationship, according to police.

Update 9:40 a.m. The suspect in Goertzen's death, a 34-year-old man, reportedly killed himself around 2 a.m. today in Peoria-area hotel after police moved in to question him. More information as it develops.

St. Louis police and other law enforcement agencies are investigating the discovery yesterday of a 29-year-old woman found dead yesterday in the Holiday Inn (below) at Hampton and Interstate 44 in St. Louis. 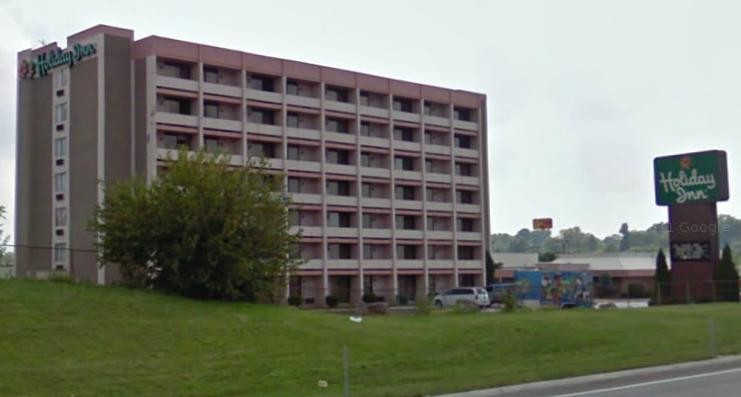 A member of the hotel's cleaning staff drew back a shower curtain around 8:15 a.m. Thursday to find Jenifer Goertzen, of Peoria, dead in a bathtub. Police say that Goertzen's wrists, ankles and neck were bound and she had bruising on her face.

Police haven't yet ruled the death a murder, though homicide detectives are leading the investigation. An autopsy is scheduled for today.