An Apology to Jaime Garcia, And Then a Bunch of Criticism 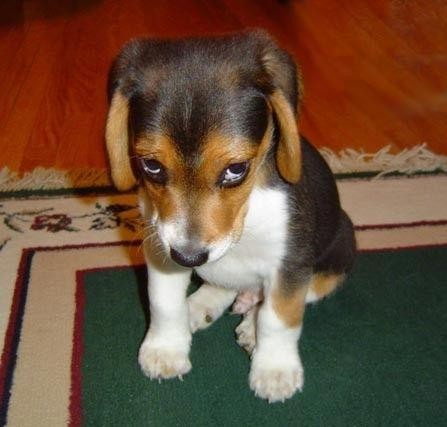 Dear Jaime,
I am very, very sorry for ever doubting you. I'm sorry for thinking you a head case, for calling you a blow-up waiting to happen. I'm sorry I thought you were probably worn down after throwing close to 50 more innings this season than you ever had before in your life and probably didn't have another good game in you. I'm sorry for silently agreeing with whoever it was on the radio yesterday who said game two was a game in which the Cardinals would need to score more than five runs to win.
While I'm at it, your teammates asked me to include their apologies here too. The offense is really sorry they couldn't score more than one run against a garbage Jeff Suppan clone (and even that one required Allen Craig to come into the game and do his Albert Pujols/Brad Lidge one-act play with Alexi Ogando), in spite of receiving no fewer than six fastballs of 89 mph or less right over the middle of the plate, by my amateur count. The bullpen wanted to say they were sorry, too; those guys remember the beginning of the season when you left every game with a lead and didn't get a win for like a month.
There. I think that about covers the apologies to the one guy on the team who actually did his job last night. Now, as for the rest of them...

The Manager -- Tony, Tony, Tony. You've got to be kidding me. Did you really take the NLCS MVP out of a game when there was a very strong possibility he would come to the plate again? Yes. Yes you did. And that's why we were all treated to the spectacle of Dan Descalso, a very nice utility infielder but in no world the guy you want hitting with the game on the line, trying to save the Cardinals from defeat in the ninth inning last night against Neftali Feliz while David Freese sat on the bench.
Oh, and calling for bunts all over the place against an incredibly wild -- and incredibly tough to bunt against anyway -- pitcher in Feliz? Wow. Just wow. Bunting is almost never a good idea anyway, and you deployed it at perhaps the most inopportune time possible.
Tony, you failed. Bad game.
The Offense -- Now I know how teams must have felt all those years getting shut down by Jeff Suppan in the playoffs. Colby Lewis may look like big hard-throwing Andy Benes, but he throws the same junk Soup somehow managed to get away with time after time in October. Crap, in other words.
The middle of the order just flat-out isn't getting the job done. Albert Pujols, Matt Holliday and Lance Berkman are now a combined 4-for-20 in the series, with three walks and a hit by pitch. The big three were responsible for the Cards' only real rally of the series so far, but their overall numbers are still pretty lousy.
Speaking of lousy, Jon Jay has apparently decided to go back into one of those Jon Jay tailspins of his. Batting in perhaps the most important spot in the Cards' lineup, he's now 0-for-7 for the series. No walks, no hit by pitches. Not on base even a single time. Just long, loopy swings and jam shots in big bunches.
Yadier Molina, stop swinging at everything. Molina is now 0-for-8 in the series. He did walk once, which is sort of nice, I suppose, but he also struck out in one of the biggest moments of the series, and only Craig's pinch-hit heroics two hitters later kept everyone from noticing. I will give Molina this: His walk was against Feliz last night, and really should have been an indicator to the rest of the lineup that he maybe didn't have the best control.
Jon Jay, you failed. Offense as a whole, you failed. Bad game.
Special exclusion for Allen Craig.
The Defense -- Jon Jay and Albert Pujols. Albert was nowhere near where he should have been to cut off that throw in the ninth that let Elvis Andrus advance to second base. Jon Jay's throw was well off-line and weak. Other than that, the defense was actually very strong last night for the second game in a row. But, all it takes is one bad play in a game that tight and poof, there goes all your good work.
Albert and Jon, you failed. Bad game.
The Bullpen -- Eh, I can't really jump on the bullpen. Marc Rzepczynski was brilliant once again, and Fernando Salas got his man. Jason Motte was burned more by the senseless no-doubles defense and the misplay by Jay and Albert than really bad pitching. Arthur Rhodes should never have been in the game, but that's on the manager more than the player.
Bullpen, you sort of failed, but not as bad as some of these others here. Tough game.
Jaime, good game. Everyone else, not so much.
And that's how piss away home field advantage, two brilliant pitching performances and a chance to put yourself solidly in the driver's seat all at the same time.

Oh, and once more, Jaime: