Rams Have Most Expensive Beer in NFL 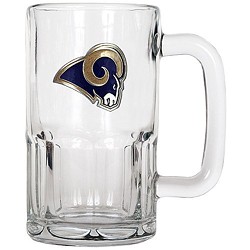 Update: The Rams disagree that they have the costliest beer in football. Read a response from the team here. Original post follows...

Need another reason to complain about your 0-5 St. Louis Rams? Trying swallowing this -- if you can afford it.

In baseball, Busch Stadium also ranks among the most-expensive stadiums for drinking with its cheapest beer going for $6.75. Only Minnesota, Florida, Toronto and Boston had more expensive beer.