The Starters Still Suck, But the Cardinals are Moving On 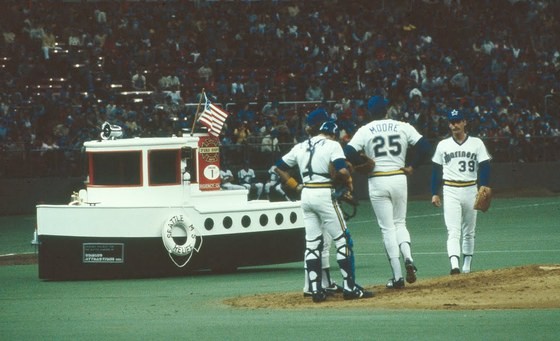 ​The most improbable postseason run I can ever recall isn't ready to end just yet. After beating the Milwaukee Brewers last night in what can only be described as a Homer-a-thon (copyright Aaron Schafer, 2011), the Cardinals are headed to the World Series. Or rather, the Texas Rangers are headed to the World Series. The Cards get to just go home.
I say improbable not because of the circumstances the Cards came back from, though chasing down the wild card from a double digit game deficit certainly would qualify as being rather improbable. No, the improbable part of this particular playoff run for me has nothing to do with where the Cardinals came from to get here. Rather, it's the way they're winning that makes this all so very puzzling.
It isn't the way you would draw it up by a long shot, but so far it's working. And now the St. Louis Cardinals are National League Champions.
The good news is this: the Cards only have to win four more games. Win four, and they're world champions. Not a bad spot to be in, right? One that 28 other major league teams would kill to be in right now.
The bad news is this: the Cards' relievers have combined to throw approximately 250 innings in beating the Phillies and Brewers, and I'm just not sure how long they're going to be able to maintain that pace.
I'm certainly not going to complain about David Freese winning the NLCS Most Valuable Player award. He absolutely deserved it, systematically demolishing the Milwaukee pitching staff game after game. But as brilliant as Freese was, there are at least four, maybe five other guys I can think of who probably deserve it more. Only, though, if one was willing to give it to all five of them as a group.
Jason Motte, Fernando Salas, Marc Rzepczynski, Lance Lynn, Octavio Dotel. That group of five pitchers has been the primary reason the Cardinals are moving on to their eighteenth fall classic, and the primary reason the word improbable applies so powerfully to this postseason. Teams don't win the LCS when their starters can't make it out of the fifth inning game after game. And that's actually being generous to the Cards' starters, as Chris Carpenter is the only one of the group who even managed to finish five against Milwaukee.
The onus has fallen almost solely on the shoulders of the bullpen, the much-maligned unit whose early-season shenanigans very nearly kept the Cards out of the playoffs entirely. They've responded with one of the best collective performances in recent history, with all five of the players I mentioned above contributing quality, meaningful innings to the cause.
The concern, of course, comes from the question of just how long the bullpen can continue to soak up five-plus innings per night. I don't claim to be an expert on the history of playoff baseball, but for the life of me I can't think of another team in in recent memory whose success was so heavily predicated on their relievers. The great pitching duels in history come between starters, not relievers. Jack Morris vs. John Smoltz. Bob Gibson vs. Denny McLain. Chris Carpenter vs. Roy Halladay. (Hooray for recent history!)
Somehow, Fernando Salas vs. the Texas Rangers' long man (whoever that might be), just doesn't have the same kind of allure.
Regardless of how they got there, though, the Cardinals got there. Four more wins, and they're champions. And then it won't matter. Nobody ever remembers the bad days when you're a champion.
Just four more wins. Or, to put it in terms this team should understand, just 21 2/3 more innings of solid relief work. And then everybody goes home happy.