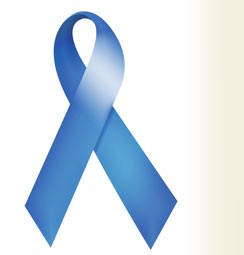 It's October, which means a proliferation of pink ribbons, but over at Washington University Medical School, a number of studies are underway to find out more about breast cancer's male analogue, prostate cancer. Yeah, fellas, we know you don't like to talk about it (mammograms aren't exactly pleasant, but we must admit they're better than your doctor sticking a finger up your ass), but urology chief Dr. Gerald Andriole is trying to make things better for you.

He has three messages:

1. Saw palmetto is a crock.

2. The more animal protein you eat, the better your chances of developing prostate cancer.

3. The U.S. Preventive Services Task Force was way off base when it suggested that healthy men age 50 or over don't need to get routine prostate screenings. (Sorry.)

Saw palmetto extract (from the fruit of the saw palmetto tree) has been popular for hundreds of years for relieving bladder distress. But recently Andriole, along with Dr. Michael Barry of Massachusetts General Hospital in Boston, ran an experiment to see it actually reduces enlarged prostates, one of the early signs of prostate cancer.

In the study, 300 men aged 45 or older with signs of an enlarged prostate (that is, various problems peeing, either too often, or with great difficulty) were given either saw palmetto pills or identical-looking placebos. Over the course of seventeen months, the doctors raised the dose from 320 milligrams to 640 milligrams to 960 milligrams, three times the recommended dosage. They detected no difference between the patients who were taking actual saw palmetto and those who were taking the placebo. And the changes they reported were only in their symptoms; the prostate itself didn't shrink.

"Hope is more effective than saw palmetto," Andriole summarizes. "Some people say it works. I say, I'm glad they feel better, but the changes aren't internal. They don't stop the inexorable progress of prostatic disorder."

Andriole admits the study was complicated by the fact that the quality of saw palmetto varies widely between manufacturers -- and even within the capsules produced by the same manufacturer -- because of changes in the saw palmetto crop from year to year.

"Some may ask how can we be sure we picked the most potent capsules?" he asks. "We don't know. We tested based on what know: If any should work, these should be among those that work."

What would be far more effective, Andriole believes, is if men reduce the amount of animal protein in their diets.

Researchers actually determined that there was a link between prostate cancer and diet about 20 years ago, Andriole says, but recent animal studies have shown that a change in diet induces changes on the genetic level.

"It's not even over the course of a lifetime," he says, "just a few weeks, but a restriction in protein makes a difference in terms of what genes get turned on and off. It's impressive that the system can moderate so quickly with a relatively modest change."

Now it's time to start investigating the effects of protein restriction in humans. Andriole and his colleagues have planned out two separate studies. The first will look at 40 to 50 men who have been diagnosed with prostate cancer and have been slated to have their prostates removed. Over the course of three weeks, half the men will go on a diet, reducing their protein intake by half, while the rest will continue to eat normally. Once the prostates are removed, part of the tumors will go to the lab so researchers can analyze the genes and see which ones have changed.

(The delay in surgery is OK, by the way, because prostate cancer grows so slowly. Andriole says some men delay their surgeries by three to six months.)

The second experiment will take a look at men who have already undergone radiation treatment for prostate cancer but are now seeing a recurrence of the disease. The first sign of prostate cancer is an increase in the amount of PSA, or prostate-specific antigen. Andriole will study a group of 50 to 100 men. Again, half will go on a reduced-protein diet for several weeks.

"It's not a crisis and we don't have to intervene immediately," Andriole explains. "This gives us an opportunity to ask the question, if a low-protein diet has a beneficial effect in reducing PSA. If it does, that's another level of evidence that diet matters."

Andriole is currently seeking recruits for both studies. If you're interested, contact Dana Romo at 314-362-2399 or dromo@dom.wustl.edu.

The slow growth of prostate cancer is the reason, by the way, that the U.S. Preventive Services Task Force declared that older men shouldn't be screened regularly. Often times, they say, men panic when their doctors detect rising levels of PSA and start having radiation treatments and surgery sometimes unnecessarily.

Andriole agrees with them up to a point. "There is more harm than benefit from PSA testing," he admits. "The average 50-year-old man has a three percent chance of dying, so the harms outweigh the benefit for the whole group. My contention is that while that's true, there are men who do benefit from the test, the men in populations with increased risk, like African-American men and men with a strong family history. If you screen this population, where 15 to 20 percent are at risk of dying, the benefit-harm ratio greatly changes.

"I'm mostly concerned with the overly-simplistic response [to the U.S. Preventive Services Task Force announcement]," he continues. "It may stop men who need regular screening the most from seeking it out."