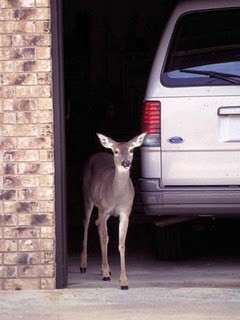 In total, hunters in those regions killed 570 deer. In the St. Louis area, hunters harvested 165 deer in St. Louis, Jefferson and St. Charles counties between October 7-11.

"Deer are less active on warm fall and winter days, as their winter coat doesn't allow them to dissipate heat as easily," says MDC resource scientist Jason Sumners. "At the same time, deer hunters may hesitate to shoot a deer if they are worried about spoilage due to high temperature."

Sumners adds that some hunters simply don't feel like hunting deer if they break a sweat getting to their stand.