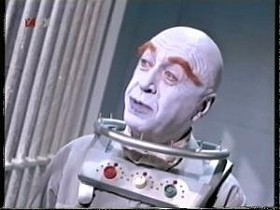 I wrote earlier today about the performance of the Cardinals' offense in beating up the Brewers 12-3. I wrote about being encouraged by Matt Holliday and Lance Berkman's plate appearances, and how impressed I've been by Rafael Furcal and Jon Jay's play in the postseason so far. And, of course, I may have mentioned there's this dude named Albert who had a pretty good night.
I did not, however, mention the player who is arguably having the best postseason of any Cardinal hitter so far: David Freese. I didn't omit him because I didn't feel he was deserving of some column space, though, nor did I simply forget to include him. I just thought that, given what he's shown here in October for the Cards, he might warrant a post all of his own.
I'll admit, I'm a little lukewarm on David Freese overall. Even putting aside the obvious health concerns -- which are legion -- there are some definite red flags in Freese's game. His walk rate is painfully low, his batting average on balls in play is unsustainably high, and he just hasn't yet shown the same kind of power he did in the minor leagues. Put it all together, and you have a player who is going to be in for a serious fall when his batted ball luck normalizes and drags his batting average (and, more importantly, his OBP), right down the tubes along with it.
He does have a decent glove, rating just around average so far in his career. Not Scott Rolen, but not a butcher either. Good enough. But for a player with a glove that plays just average, I worry about Freese's long-term viability when his luck changes and his secondary skills aren't enough to support him.
So far in the postseason, though, we've seen perhaps the most important thing that has been missing for David Freese so far in his major league career: the power. All that power he showed through the minors but hadn't shown up yet in St. Louis has been on full display here in October. And if David Freese is going to hit for power, then the equation changes significantly.
In his first full minor league season in 2007, Freese hit 17 homers at Lake Elsinore, the High A ball affiliate of the San Diego Padres. Dealt to the Cardinals before the 2008 season in exchange for Jim Edmonds, Freese went on a tear in the Pacific Coast League, smacking 26 home runs (to go along with 29 doubles), in 510 plate appearances for the Memphis Redbirds.
The 2009 season for Freese was the first to feature the kind of injury issues we've come to expect from him, but even so he put 10 over the fence in just 225 PAs for Memphis. Since coming to the big leagues, though, he hasn't shown anything near the same power, hitting just 14 homers in 533 career major league plate appearances. It's worth noting the PCL features several fairly extreme hitter's parks, while Busch Stadium is tilted a bit toward the pitchers.
If David Freese plays average defense, walks at a 7-8% clip, and hits one home run every 38 plate appearances, he really doesn't have much of a place in a big league lineup. If, on the other hand, he plays average defense, walks at a 7-8% clip, and hits a home run every 19.6 times at the plate (as he did playing in Memphis), then that's an entirely different story.
Most likely, Freese's actual power numbers will fall somewhere between those two rates, and it's really tough to say whether it will be enough to prop up his value long-term or not. I remain somewhat skeptical, because all those red flags I mentioned earlier most definitely still apply.
So far this postseason, though, David Freese has been a revelation, hitting absolute bombs from dead center over to the right field pole in a show of rare opposite-field power. Whether this October run he's on is just a blip on the radar or the debutante ball of another slugger for the Cardinals to terrorize the National League with is anyone's guess, but at the very least I thought the question deserves its own little corner of cyberspace.