The Super-Erotic Lamborghini Aventador Gets Rolled Out by STL Motorsports

Daily RFT doesn't know jack about cars. So when STL Motorsports called a press conference to roll out an obscenely high-end vehicle last week, we knew whom to send: Alex Macfarlane, the local 27-year-old whose attempt to win an outlaw cross-country car race in 2010 become the subject of our feature, "Cannonball Re-run." Here's what he reported back to us:

Ferraris and Lamborghinis need to exist for the same reason supermodels need to exist: Even though a young man will probably have neither in his life, it's enough to know that they're out there.

And make no mistake, the evening was devoted to the ultimate expression of automotive pornography: a 700hp, $400,000 supercar capable of performance almost beyond comprehension and composed of exotic materials like carbon fiber, alcantara and the infant teeth of pygmy rhinoceroses (JK).

Around the showroom sat Lamborghini's hero cars: Countach, Diablo, Gallardo, Murcielago. For the first time in my life I was face-to-face with the icons of my bedroom wall. It was like standing in a room with Cindy Crawford, Claudia Schiffer, Christy Turlington and Linda Evangelista as they sat quietly at a table doing their nails.

Armed security guards gave weight to the "Do Not Touch" signs posted by each car. I joined the other twelve-year-old boys taking close up photos of scissor doors and exhaust manifolds.

Before unveiling the Aventador, Lamborghini spent a few moments elaborating on the effort they invested in making the Aventador the most pornographic Lamborghini ever built. They may have used a different word, but I don't believe it's possible to talk about a car with a design modeled on a fighter jet and the capability of reaching a 217-mph top speed without it being "pornographic." 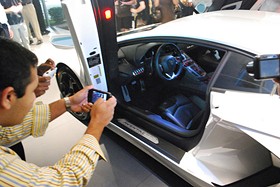 When the Aventador finally rolled down the runway, it was mobbed by men with cameras, photographing every last detail. Fewer than 330 Lamborghinis will be imported to America in 2012, and only a fraction of those will be Aventadors.

Factoring in attrition from hedge fund managers who run out of talent and crash their cars into a ditch, as well as those cars which will inevitably burst into flames (I'm told this is due to the cars having an excess of passione), this means that most of those in the audience will never see another Aventador again.

As the crowds around the car began to thin, I spotted a group of teenage boys comparing photos from the event. They were ecstatic, as they should have been.

Every day cars become quieter, slower, safer -- a bit more like appliances, and a bit harder to love. We need cars like the Aventador, not because they'd be great to live with, but because it's good to know they're out there.

By the way, some readers of this blog may remember STL Motorsports: One of its sales reps got busted for doing 150 mph down Highway 40 and then putting the videos on YouTube.

More photos after the page break. 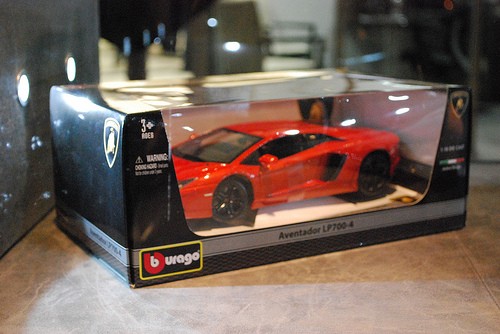 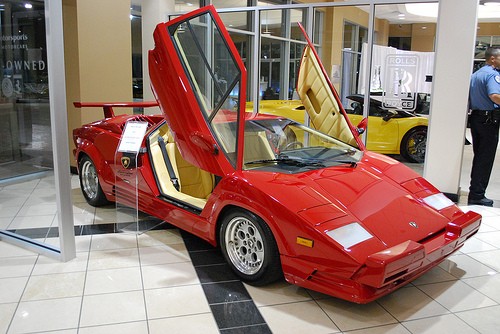